Keystone Citadel is a location in Lords of the Fallen. This area is visited twice in the game. The first time is during the tutorial. 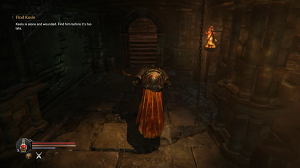 Story in Lords of the Fallen consists of three layers. The top-line story is conveyed by the dialogues and cutscenes. World information and lore can be mainly learned through audio notes scattered across the game. Additionally, every item in your inventory contains flavor text that further fleshes out the world that surrounds the player.
You play as Harkyn - a convict that has been let out of prison to help fend off the Rhogar invasion. Together with your jailer, Kaslo, you reach the Keystone Monastery, where Antanas, leader of humans, is hiding. You and Kaslo are the only ones who survived your travel to the Monastery.

1 The first enemy that you will face is a Rhogar Marauder - an aggressive type of demon. You can skip the combat and movement basics tutorial if you feel like you don't need it, but bear in mind that Lords of the Fallen does not feature a “replay tutorial” feature. Next you can either talk to

First Warden is the first of the Lords - commanders of the Fallen God's army. Their traversal to the human realm requires vast amounts of energy, therefore their appearance is often accompanied by an explosion. Fighting the first Lord serves as an initiation ritual for Harkyn. You next goal, is the boss - First Warden

4 . Before you enter the arena, you can talk to Kaslo to get your potions refilled. After you have defeated a boss, the way further on, out of the arena is just opposite the door you entered. 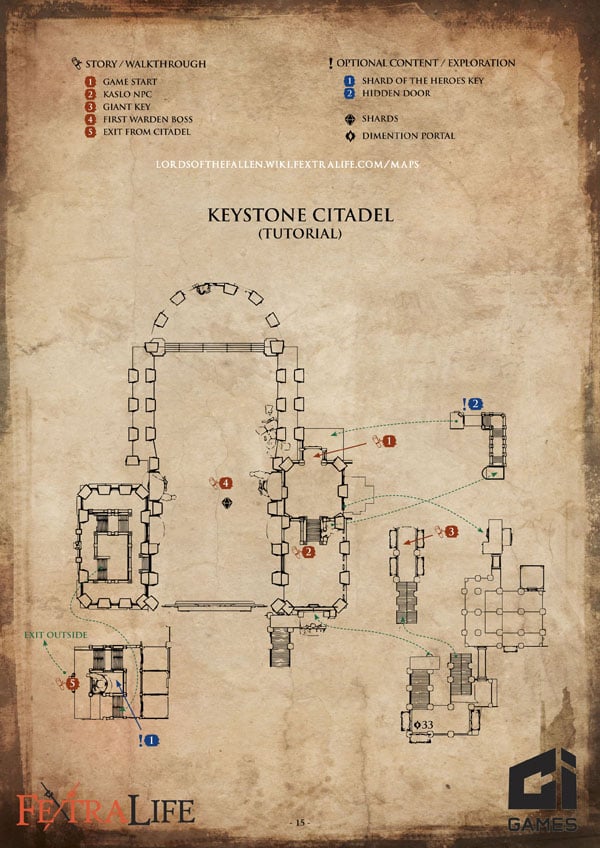